Announcement about the postpone of the competition!

we are very sorry to let you know that due to the worsening epidemiologic situation in Slovakia, we have decided to further postpone the 7th International Flute Competition Flautiada, originally planned for 17th-20th November 2021.

The new date is 23rd June – 26th June 2022
The application form will be available again from 1st February 2022 on our website www.flautiada.sk
The new deadline for submitting your application is 30th April 2022.
The conditions and the obligatory repertoire remain unchanged.

Unfortunately, in the current situation we are unable to reach the high level of comfort and safe environment that our competition is known for. Participants who already sent their applications for the original date will be contacted with details about cancellation options and application fee refunds

Despite this difficult situation we hope to retain your valued loyalty and that we will see you at Flautiada at the new date.
Yours Flautiada Team

Civic association Flautiada was founded in 2009 by a group of teachers and supporters of transverse flute as an effort and initiative towards high-quality education and promotion of flute playing in Slovakia. It was created as a reaction to the constant lack of information on the latest methods of flute education and from the need to compare the work of students and their teachers within an international environment.

Flautiada brings together teachers. flutists, students and supporters of flute play. Activities of the association include organisation of specialised seminars and workshops for students and teachers, preparation of concerts and events which help to promote high-quality flute playing in Slovakia.

The association’s main activity and priority is the preparation and organisation of the international competition Flautiada aimed at young flutists until the age of 26.

The chairperson of the civic association Flautiada is Mgr. art. Ivica Gabrišová. She acquired extensive experience in flute play during her studies at Mozarteum University. Under the direction of Prof. Michael Kofler she became a member of the Orchestra Academy of the Munich Philharmonic. Her main interest is chamber music, but she also performs as a soloist with orchestras such as Cappella Istropolitana, Presburger Philharmonie, the State Opera Orchestra from Banská Bystrica, Junge Filharmonie from Salzburg, etc. She is a teacher of flute play at the Church Conservatory in Bratislava and at the Academy of Arts in Banská Bystrica.

At the heart of Flautiada is the author of the idea to organise such a competition – Mgr. Marta Braunsteinerová, a long-standing professor of flute play at Bratislava conservatory, a member of the symphonic orchestra of the Opera of the Slovak National Theatre and the Slovak Philharmonic. During her productive career as an artist and teacher she has brought up many excellent flute players who became soloists or members of renowned orchestras around the world. 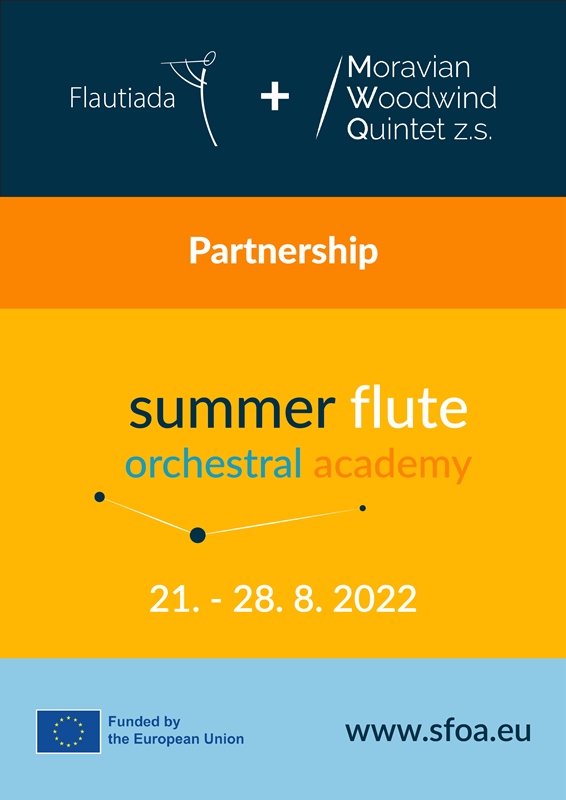 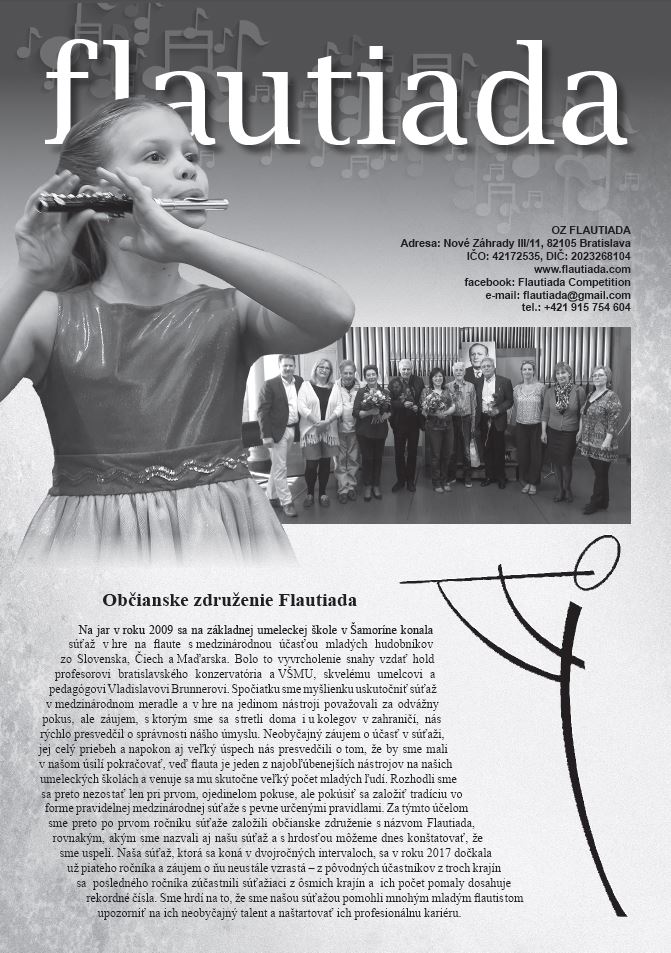 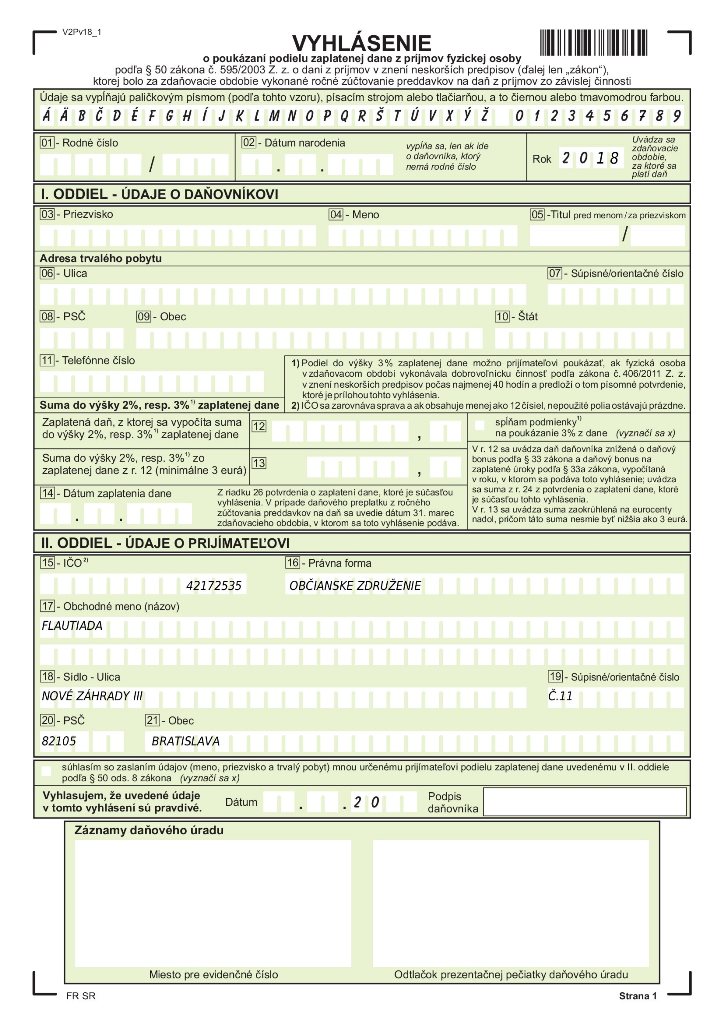 with the financial support